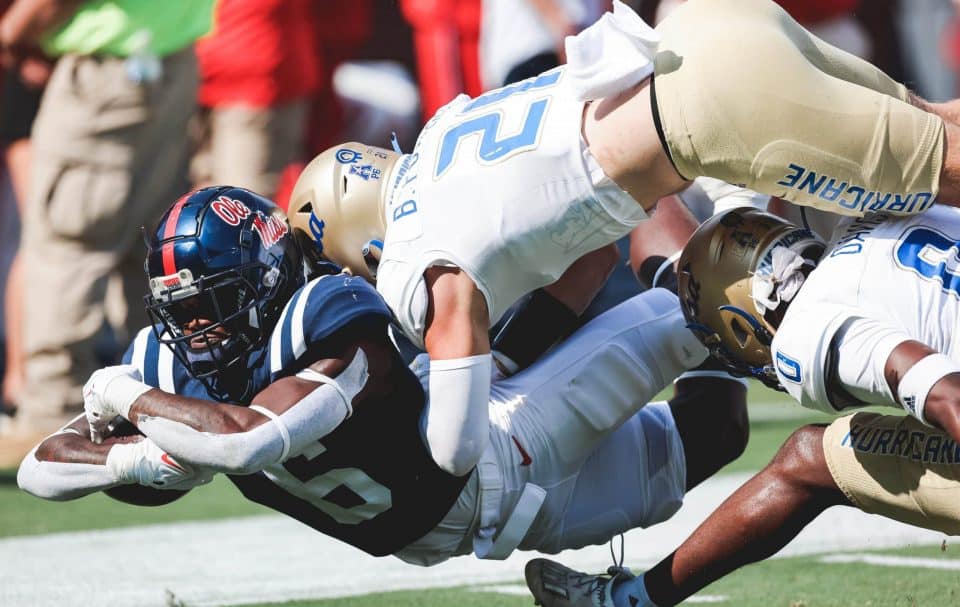 Despite a lackluster performance at home on Saturday, Ole Miss has jumped two spots in the latest AP poll, moving to No. 14.

The Rebels managed to survive their biggest test of the season thus far versus a Tulsa team that was looking to play spoiler against an SEC opponent. After failing to score in the second half, Ole Miss would hold on to a lead it built late in the first half to come out victorious in the end.

As for Mississippi State, the Bulldogs’ dominant 45-14 victory over Bowling Green was not enough to convince voters to include them in the Top 25.

The full list of rankings, which includes eight teams from the SEC, can be found below: