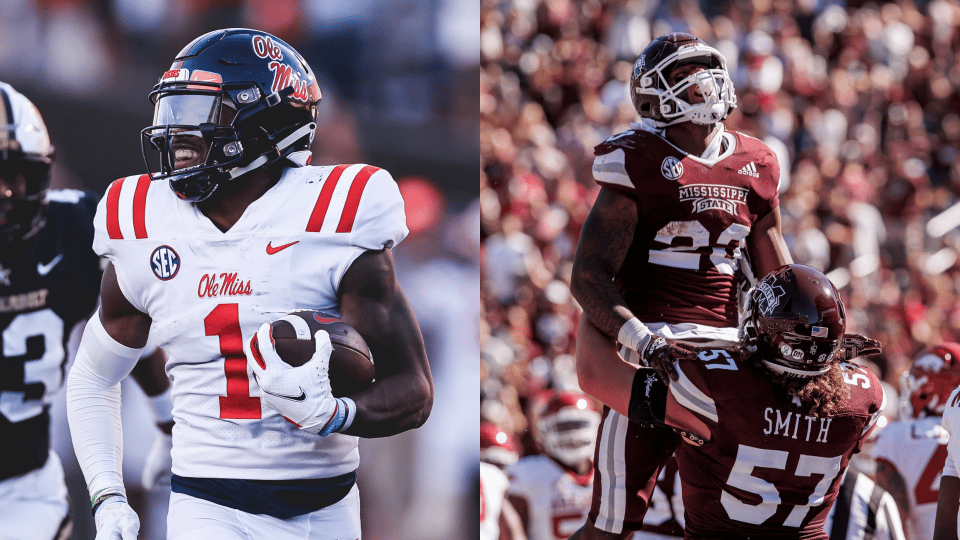 Both Ole Miss (6-0) and Mississippi State (5-1) added another conference win to this season’s record book, holding the Rebels at No.9 and moving the Bulldogs up seven spots to No.16 in this week’s Associated Press poll.

Although Ole Miss got off to a slow start on the road against Vanderbilt, trailing 20-17 at halftime, the Rebels’ offense came to life in the second half, outscoring the Commodores 35-8. An impressive performance from quarterback Jackson Dart (448 yards, three touchdowns), as well as a single-game record-breaking one from wide receiver Jonathan Mingo (247 yards, two touchdowns), propelled the Rebels to a 52-28 victory, holding the No.9 ranking.

Mississippi State smelled blood in the water with Arkansas quarterback KJ Jefferson’s absence on the field and dominated the early-morning home game. The Bulldogs’ 40-17 win over the Razorbacks came as a result of a clean performance from quarterback Will Rogers (395 yards, three touchdowns), an unexpected 100 yard ground attack from running back Dylan Johnson, and two forced turnovers in the fourth quarter from the defense. Back-to-back SEC blowout victories earned Mississippi respect in the poll, moving the Bulldogs to No.16.

The full list of rankings can be found below: