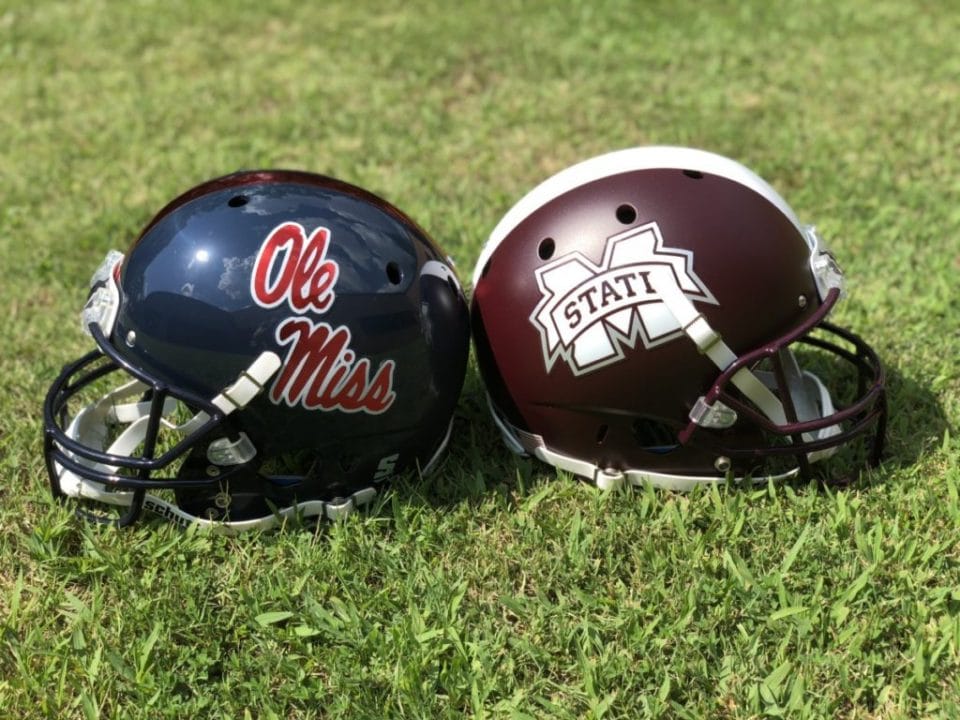 Postseason honors are rolling in following the culmination of the college football regular season with several Ole Miss and Mississippi State players earning All-SEC honors, announced by the conference on Tuesday.

Rebels running back Quinshon Judkins, who was named the AP Freshman of the Year on Monday, was voted to the first team after a record-breaking 2022 campaign. Judkins finished the regular season as the SEC’s leading rusher with 1,476 yards and 16 touchdowns – both statistics being program records.

Joining Judkins on the first team were Mississippi State’s Emmanuel Forbes and Tulu Griffin. Forbes, considered by many as one of the best defensive backs in the country, tied the FBS lead with six interceptions during his junior campaign while breaking the FBS career record for pick-sixes (6). His 174 interception return yards in 2022 also led the nation.

Griffin, who was honored as a return specialist, wrapped up the regular season with 19 kick returns for 613 yards, including a 92-yard touchdown return against Auburn on Nov. 5. As a receiver, Griffin hauled in 35 receptions for 449 yards and four touchdowns.

Mingo, a former Brandon High School star, concluded his final regular season with 48 receptions for 808 yards and a team-high five touchdowns. His best game came against Vanderbilt on Oct. 8 when the senior broke the program’s single-game receiving record with 247 yards.

Broeker, a four-year starter, played the 2022 season from the left guard position after previously lining up at the left tackle spot. He did not allow a single sack in 505 pass blocking attempts while anchoring a rushing attack that currently ranks No. 3 in the FBS.

Wheat started in all 12 games for the Bulldogs, totaling 53 tackles (25), 10.5 tackles for loss, and a team-high six sacks. Wheat also had eight quarterback hurries, two pass breakups, two fumble recoveries, and an interception.

Watson closed out the regular season as the SEC’s leading tackler with 108 total stops and an average of 10.75 tackles per game during conference play. Watson added 11 tackles for loss, five sacks, two quarterback hurries, an interception, and a forced fumble.

The full list of SEC honors can be viewed here.