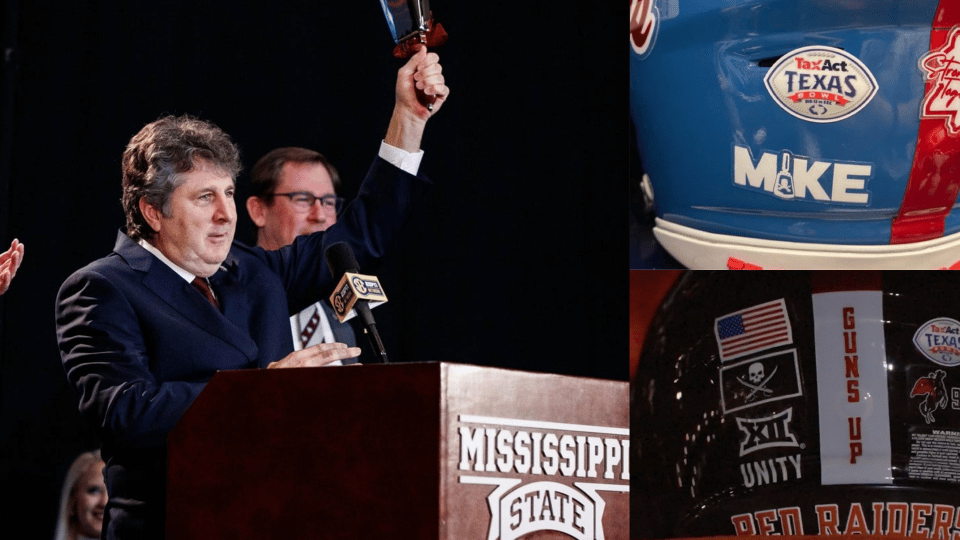 The Red Raiders, who Leach coached from 2000-2009, will sport a pirate flag on the back of their helmets. Leach, affectionately referred to across the college football world as “The Pirate,” earned the nickname during his time in Lubbock.

Ole Miss, on the other hand, will wear a helmet decal that says “MIKE” with a pirate flag-themed cowbell serving as the “I.” Leach defeated the Rebels 24-22 in his final game as Mississippi State’s head coach.

Some things are just bigger than a rivalry. pic.twitter.com/feGpwgJGES

Leach suddenly passed away at the age of 61 earlier this month following complications from a heart condition.

Over the course of bowl season, a multitude of programs have found ways to honor the legendary coach. Now, his old program and old rival will do the same.

The 2022 TaxAct Texas Bowl will kick off at 8 p.m. CT on ESPN. It will also be broadcast live on most SuperTalk Mississippi stations with pregame coverage beginning at 7 p.m. CT.