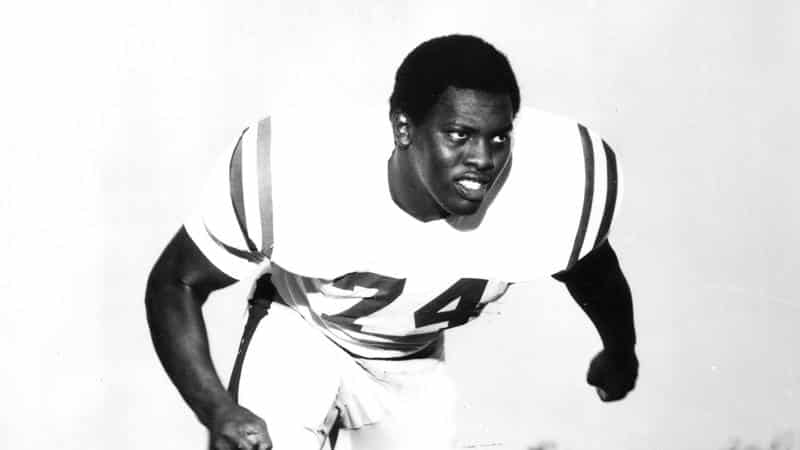 Williams, commonly referred to as “Gentle Ben,” will be the fourth player in Ole Miss football history to have his number (74) retired, joining other Rebel legends in Archie Manning (18), Chucky Mullins (38), and Eli Manning (10).

“It is our honor to recognize Gentle Ben and his immense impact by enshrining his number 74 among the greats to ever were the Red and Blue,” Ole Miss Athletics Director Keith Carter said in a press release. “Few individuals in the history of our university have opened more doors for others than Ben. In a year that our campus is celebrating 60 years of integration, the athletics department is excited to forever distinguish Ben – the player and person – for breaking down the walls in our football program and helping make Ole Miss what it is today.”

During his time in Oxford, Williams was a four-year letter-winner for the Rebels, earning All-American honors as a defensive end in 1975. The Yazoo City native was also a three-time first-team All-SEC selection and was named a member of Ole Miss’ Football Team of the Century.

Williams still holds the program record for sacks with 37, including an Ole Miss single-season record of 18 in 1973. Over the course of his collegiate career, he racked up 337 tackles, including 116 as a senior.

Post-graduation, Williams was selected by the Buffalo Bills in the third round of the 1976 NFL Draft. He went on to have a 10-year NFL career – all with the Bills – and was selected to the 1983 Pro Bowl.

The Robert Ben Williams Minority Scholarship Endowment, which supports scholarships awarded for academic excellence, was established in 1992 to provide assistance for young Mississippians or lineal descendants of University of Mississippi alumni.

Ole Miss vs. Mississippi State: How to watch the 2022 Egg Bowl