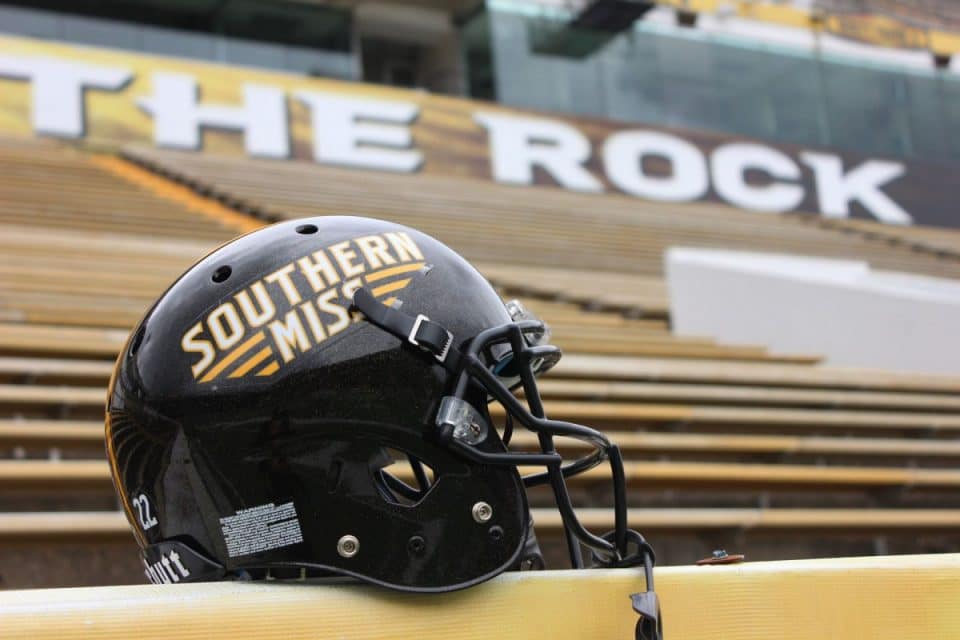 Austin Armstrong, the man behind the recent restoration of the “Nasty Bunch” defense at Southern Miss, is leaving Hattiesburg for Tuscaloosa.

ESPN’s Pete Thamel reported Friday night that Armstrong will be stepping down from his position as defensive coordinator at Southern Miss for an on-field coaching spot at Alabama.

Sources: Southern Miss defensive coordinator Austin Armstrong is expected to be added to the on-field coaching staff at Alabama. He’s a former QC at Georgia and his Southern Miss defense finished Top 5 nationally this year in both sacks and fourth-down conversion defense.

Thamel’s report comes just hours after the news broke that Pete Golding was leaving his job as defensive coordinator at Alabama for the same position at Ole Miss.

While Alabama has not yet announced who the program’s next defensive coordinator will be, it has since been reported that Armstrong will be taking over as safeties coach. The position was previously vacated by Charles Kelly, who left in December to join Deion Sanders’ staff at Colorado.

Armstrong, widely considered one of college football’s top young coaches, became the youngest defensive coordinator at the FBS level when Southern Miss head coach Will Hall hired him in 2020.

During his two seasons in Hattiesburg, Armstrong turned around a defense that previously ranked in the lower half of the Conference USA. In 2021, the Golden Eagles jumped a nationwide-best 18 spots to No. 42 in total defense while ranking in the top 25 in six other defensive categories.

In 2022, amid a transition to a tougher conference in the Sun Belt, Armstrong’s defense finished No. 59 nationally in total defense. The unit also ranked No. 4 in defensive touchdowns, No. 4 in tackles for loss, No. 5 in sacks, No. 7 in interceptions, and No. 25 in turnovers gained.